Drifting Away from My Core 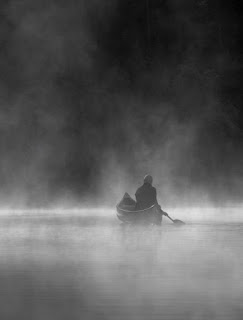 I will make an honest confession.  I care what people think about me.  Sometimes to my own detriment.  I encountered a  situation today that left me somewhat emotional.  While I attempted to fight back tears, I had to ask myself why I felt so hurt.  When I came to the realization of the origins of those feelings, I let the tears go and cried. I cried, not because of what the person said to me, but I cried due to the realization that I still greatly care about what people think of me and how they view me.  I was heartbroken that this person I have known and loved for years would utter comments towards me that were not in the affirmative because of a difference in opinion, and I was hurt.  My reaction caught me off guard.

I'd done so well pretending not to care how I was perceived by certain groups or individuals and talked big talk like I was ready to let things run off my back like water.  I thought I had shaken the feelings of needing to be liked and accepted by others because of the personal stances I took on certain issues.  I thought I was as strong on the inside as my talk would lead one to believe, but the talk proved to be a smoke screen for something weak on the inside.

What I am talking about here is family.  I love my family.  I grew up with us being fairly close.  I felt the expectation was set early on that we all had to believe the same things and go about life in pretty much the same way, and never deviate too far from the close knit core.  Anyone that dared drift too far in a different direction was deemed an outcast and often gossiped about.  (I have actively participated in some of those gossip sessions).  I was an extension of that core and the core molded me into the woman I would become.

One day, I met and later married a strapping young gentleman that would cause me to inwardly challenge that core.  He and I became a unit, but I was still a part of the core.  The core influenced my decisions and it led to a few problems within said unit.  I had to choose.  My unit or the core.  I chose my unit, and it bruised the core.  However, I was never fully severed from the core.

The deepest parts of me still long for the closeness I once experienced from my core.  I thought I could still be attached while providing a different perspective to it.  Blood is thicker than water, and the core has stood the test of time AND relationships.  How could I completely break free of something so loyal...so seemingly sure?  They'd always have my back and they'd help me make the decisions that were right for ME.  My unit though....my unit cannot survive so long as I remain attached to the core.

I made myself believe I was divested of the thoughts, feelings and mindsets that originated from the core.  Today showed me that I was ever so wrong.  I care that the core sees me not as a threat to it but as a loving former member of it.  I want the core to understand that I have no intention of disrespecting it, but that I want to be free to live my life within my unit after the auspices and precepts of God, outside of the core, and I wanted the core's "blessing" to do so.  In that exact moment, I realized I could not have both.  I had to choose 100% unit or 100% core (whether the core wanted to let me go or not).  There was no in between, but I found myself 70% unit and 30% core, and my heart smote me.  I was unaware that I had allowed my allegiance to the core to detract from my full allegiance to my unit.

As I sit here and type this, there is a knot in the pit of my stomach at the thought of someone in my family reading this and becoming offended at my words, and be cut off from the core rather than making an amicable split from its influence.

The connection I have with the core is not physical.  We all bear physical resemblance and likeness, but the tie that needs to be severed is influentially mental and spiritual.  I still have mad love for my core, but I must leave you now and STRONGLY and EXCLUSIVELY cleave to MY UNIT.

It is all for the love of God!