The Need for Brokenness 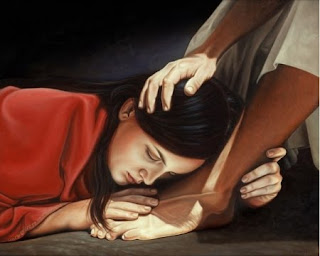 We feign humility because we think we have figured out the formula to Christian "success" usually found in the form of a platform and a ministry readily identified with our name and image.  We humble ourselves under the mighty hand of God only to claim the promise of exaltation in due time (without understanding the intent of the exaltation as referenced in the passage 1 Peter 5:6).  Let us no longer mistake our pitiful efforts to appear humble to keep us from true humility; namely brokenness.

This has been a loooooong battle for me that I have yet to master.  I have experienced periods of brokenness when my plans were thwarted and I had no other choice but to FINALLY surrender that area of my life to the Lord, but there is much to be said for the soul who seeks to humble him/herself without the proverbial rug being swiped from under them.

I did not pen the words you are about to read below, but this is probably the most difficult message for many to submit to.  When everyone tells us to embrace our best and try our hardest, the message of the Gospel is YOU decrease so that HE (Christ) will increase.  While it is a bit lengthy (albeit well worth it), I ask that you read and do a bit of personal reflection and evaluation.

Oh, let us go back to the cross and humble ourselves that He may have freedom of expression through us! Do we desire the presence of the Lord? Then let us ask the Lord to decrease us through the Cross, for “the Lord is nigh unto them that are of a broken heart; and saveth such as be of a contrite spirit.”